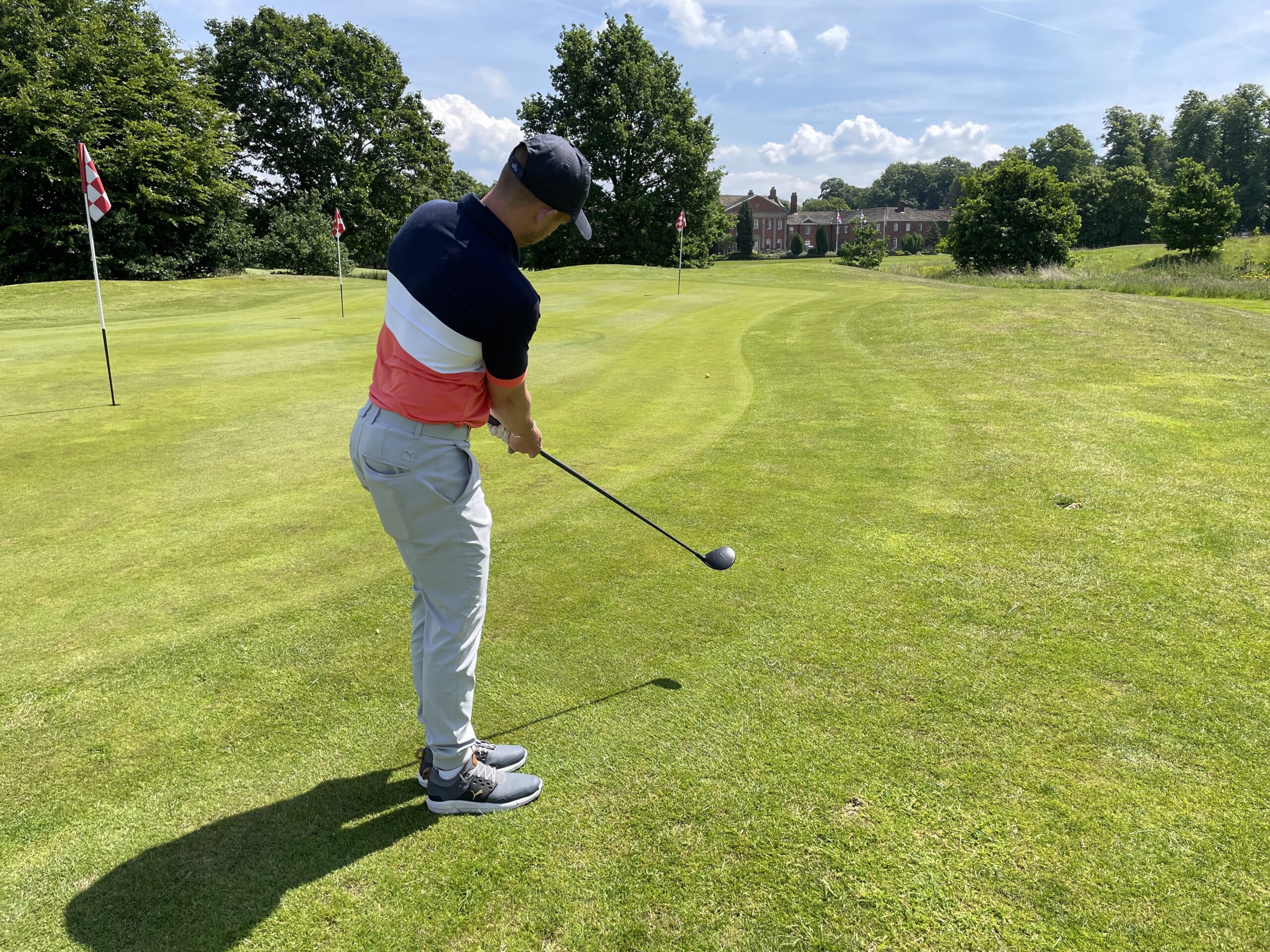 With the 150th Open Championship just one week away, I have taken inspiration from a recent trip to St. Andrews to break down a simple short game shot that I think is massively underutilised and could be the secret to getting up and down more than ever – the bump and run! Not your average bump and run though, the type that doesn’t even rely on a solid strike – the one using a fairway wood or hybrid.

How many times have you used a wood green-side? I would take a guess at hardly ever or maybe you have never even tried it. Well, you’re in for a treat, because getting up and down just got a whole lot easier! We like to think shot selection is as simple as this ‘If you can putt it, putt it, if you can run it, run it and the last resort is get it in the air!’ There’s no future in thinning a flop shot or trying to open the face to play a cutty spinner from the fringe! Instead let’s remove all the danger and bring back some control with this straightforward runner. Here’s how…

There you have it! Four easy steps to playing the fairway wood bump and run! The great thing about this shot is you can work on your pace control just like you would with your putting! You can use it near enough anywhere around the greens, it removes all worry of a perfect strike and it’s great from tough or tight lies! Try it next time you play and let me know what you think!

Nat and I can’t wait for this years Open. The 150th playing it’s going to be a special one. Who’s your money on to lift the Claret Jug at St. Andrews? Could Tiger make an appearance? Join in the conversation on our social media channels or if you would like more help with your game, don’t forget we have our coaching plans live now! You can also trial the first week of each plan for FREE!